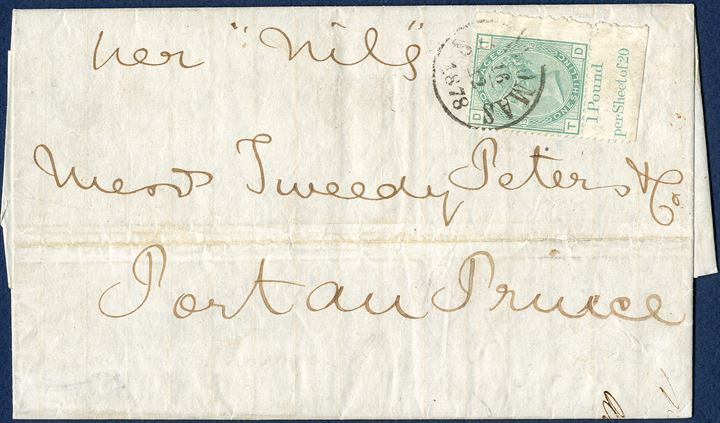 Liverpool 1 December 1878 to Port-au-Prince, Puerto Rico. Noted with routing instruction 'per Nile'. British 1/- green plate 13 prepaid to destination. The letter was carried outside the British mail to St. Thomas and postmarked and postmarked with Danish 'ST. THOMAS 16/12 1878' on back as well as used for canceling the adhesive, arriving with RMSPC 'NILE' at St. Thomas 16 December. Next day, the 17 December, it was shipped with RMSPC steamer 'NILE' arriving at Jacmel on the 19 December. A most unusual letter and so far, probably the only recorded British stamp cancelled with the Danish postmark on letter.