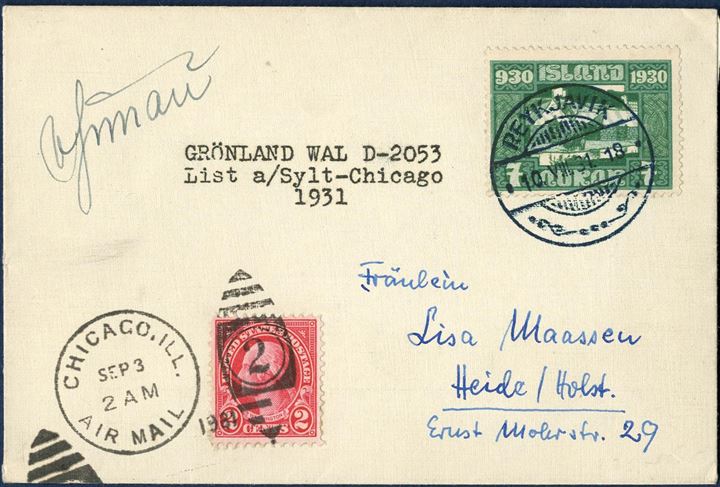 Letter sent from Sylt August 1931, aboard the flight to US, then posted in Chicago and sent to New York. On front typed “GRÖNLAND WAL D-2053 / LIST a/Sylt-Chicago / 1931” instead of the cachet. This letter has been posted in Reykjavik a paid with a 7 aur Althing issue tied by “REYKJAVIK 10.VIII.31. 18” and US 2¢ paying the postage from Chicago back to Germany. Rare pioneer air mail sent from Iceland. Flown by von Gronau via Greenland Scoresbysund and Godthaab. With pilot Gronau’s signature.