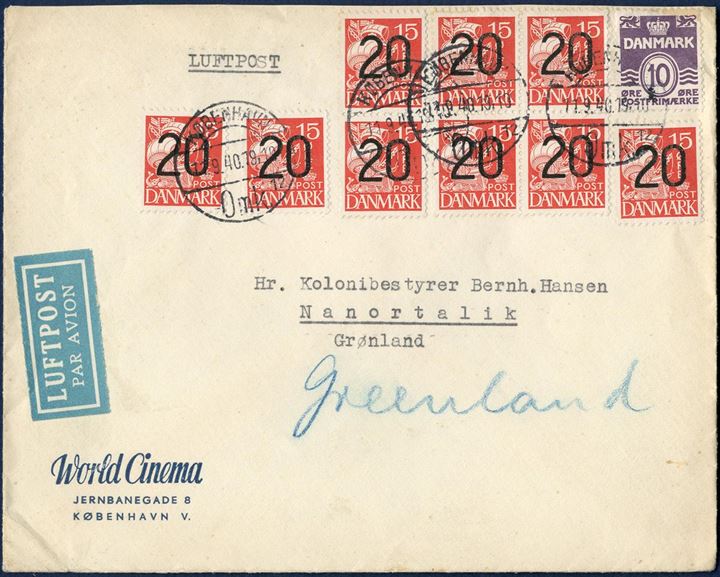 UNCENSORED Airmail letter from Copenhagen 11 September 1940 to Nanortalik, Greenland. Nine 20/15 øre provisional and a 10 øre wavy-line tied by CDS KØBENHAVN 11.9.1940. Rate to Greenland 20 øre, 2x 85 øre air mail surcharge per 5 gram = 190 øre. Passed through the censorship witihout being censored, as the received was a government official at the Colony Nanortalik, postal routing instruction “Greenland” in blue crayon. Few such letters known to Greenland without any censor markings.