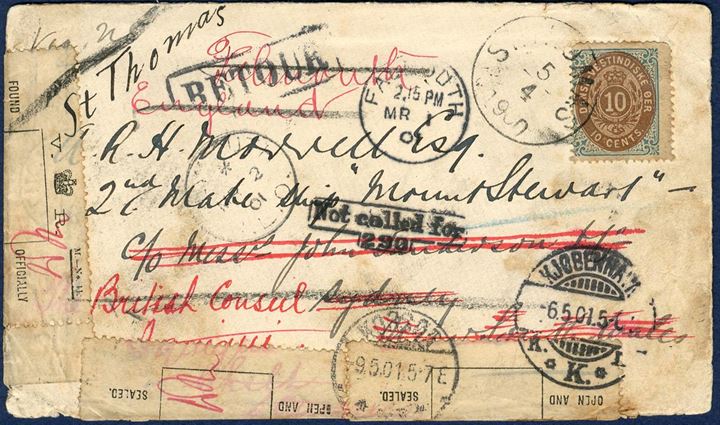 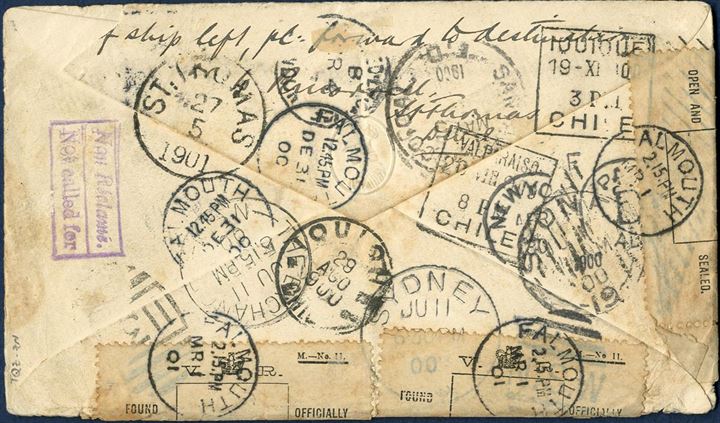 Letter St. Thomas 5 April 1900 to Sydney, Australia. Sent to a 2nd mate at ship „Mount Stewart”. As ship must have left, the letter has been forwarded around the world with lots of postmarks on reverse. Officially opened and returned via Denmark back to St. Thomas where it arrived back on 27 May 1901, travelling more than a year around the world for only 10¢. Extremely rare finding such a cover from Danish West Indies, stamp however with faults but having traveled for a year this is unavoidable.